Because each person's biochemical makeup is unique, it's hard to know exactly how someone's brain and body will react to different types of cognitive tweaking.

That's why our customers have been so excited to share their experiences with Axon Labs products. By sharing their stories of NEXUS and MITOGEN, they're able to help you learn what to expect.

How NEXUS™ took a software engineer's career to the next level by helping him to finally focus. A military veteran was struggling with his new software engineering career. And then he took NEXUS™.  Read his story here.

How NEXUS™ took an IT professional’s career to the next level by helping him be more productive. A busy IT professional found himself exhausted at the end of each challenging day. Then he became #1 in his offer. Read his story here. 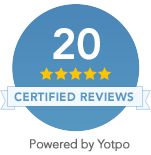 Laura Styler
Diagnosed in 2011 with MTHFR

"I have chronic toxin build-up, and I'm constantly looking for ways to help my detox pathways work better. NEXUS and MITOGEN have been amazing for both my mental and physical stamina." "NEXUS is great. I felt clear-headed, motivated, not at all wired, and went on like that for hours. In my work, the ability to drop into ‘the Zone’ like that is gold."

I ordered both Nexus and Mitogen. (Everything arrived in a timely manner, although I am in Japan, and the packaging was really good.)

I have been taking one of each Mitogen and Nexus for the last three weeks but not every day.

One capsule of each a day.

This is my first time taking nootropics, and I am a 80kg 33 year old male by the way.

The first time I took the pills I was impressed with the mental clarity and drive, which ensued soon after taking them. Axon Labs did a great job in that department.

I have been taking the minimum dose because I wanted to see how it went. Still with just that, I stayed focused and mentally strong from the morning until bedtime - about 12 hours. At the end of the day my brain was going strong, and it was only my eyes that wanted to call it a day.

Currently using Nexus only. Used Mitogen the first month and had no ill effects, but I really like the Nexus and I'm slightly cheap, so I just reordered that.

I’ve been taking Nexus for about three months.

I started with one capsule a day, but for the past two months I've used two. I usually don't take it on weekends.

The effect has been remarkable. When I started taking it, I was in a period of prolonged stress (selling my house, moving, etc) and I felt unfocused, lethargic and unproductive. I felt like I was losing control of the details of my life. It was hard to wake up in the morning.

I noticed the effect with the first dose. I had very increased energy to the point where I was told it seemed like I was on speed, but there were no jitters, irritability or insomnia.

I've been way more productive since being on Nexus, and I can hold more things in my brain – I guess multitasking and attention to detail. I'm on top of my work, even though I've gotten busier. Maybe it's because I'm more motivated to return phone calls. I attribute that motivation to Nexus.

I still sleep like a stone at night and wake up feeling optimistic and refreshed. It's as if Nexus increases the action of my anti-depressant (Effexor), which I've been on for years. My mood is even and usually relaxed. Part of it is probably being under less stress, but the change was so immediate and remarkable that I have to think the Nexus played a large role.

Both Nexus and Mitogen.

I take one cap of each Mitogen and Nexus.  On 8/5 I added a second cap of Nexus at 11am. I felt I needed the second Nexus to keep my sharpness level for the day.

First, I have used nootropics for over a year, sampling several types to find what worked for me, plus testing for side effects. Second, I thought I had already found the correct stack for my desired results (Noopept, Bacopa Monnieri, Oxiracetam, and Phosphatidylserine 2x per day). Then along came Axon Labs.  At last, a lab that believes in and promotes nootropics and their results.

I am a facilities manager running about thirty properties, with a high demand to be able to jump from problem to problem and I am up at 5am and work until around 5pm.

I believe in the science of assisting the mind, and I'm grateful for Axon Labs for coming to the forefront in an industry full of snake oil.

Both Nexus and Mitogen.

I take the Mitogen daily as directed. I take the Nexus about three times a week when I need it to focus in the evening or late afternoon.

I have noticed on the Mitogen I don't require as much sleep as I used to, about an hour to an hour and a half less  on average. (I used to need nine hours to feel good). I find that a bonus.

I feel better able to multitask. I'm in it for the long-haul benefits, so I'm hoping the research will show that it's worth it.

The Nexus really does make me feel alert, and focused. I hope it helps with learning retention but it's too early for me to see if it's true.

I'm an international airline Captain and I turned 50 recently, so long night flights are where I hope to see benefits. I've only used the Nexus on two such occasions. I've had good results. I have on occasion taken Modafinil, and it works great but gives me a headache after a few hours.

I also take the Nexus on the nights I play duplicate bridge. Now that's where I hope to see great results also... the pleasure of kicking old people butt at the card table!

My mom has been diagnosed with first stage dementia, which I want to do everything I can to avoid.

Multitasking! Within about half an hour if I take two I really notice it. I usually take them with a big kale smoothie and then I feel ready to start my day. My brain isn’t as frazzled now as it used to feel when I am preparing for work. I can concentrate on a billion things – it's a similar feeling as I get when I have eaten a nice healthy meal and had a great work-out, but without the work-out. The same knock-on energy levels and elation.

I have less of an appetite on the days I take Mitogen, but not in a bad way; it just feels as though I'm able to function on less. I also don’t sleep much, so before Mitogen I was lethargic a lot of the time. I find I just generally have more energy now, even on days when I don't take it. I've subbed Mitogen into my daily routine instead of my morning coffee now, as coffee used to make me jittery but not focused, and Mitogen gets the whole job done without the jitters.